I was commissioned to enclose fourteen six inch steel bearing columns and create and old world style.  I made these enclosure by cutting twelve individual ribs splining both sides, fluting out the centers and istalling them around the steel columns.  Then I created the capital tops in a leafy design  made them in two halves, along with the bases.  After the entire coloumn was joined I then made a heavy cement slurry, coated the entire coloumn and imbedded mesh.  I then recoated, and covered with a sand mixture, and colored.  The owner was very pleased, which led into many more projects, as you can see part of a fireplace surround in the background. 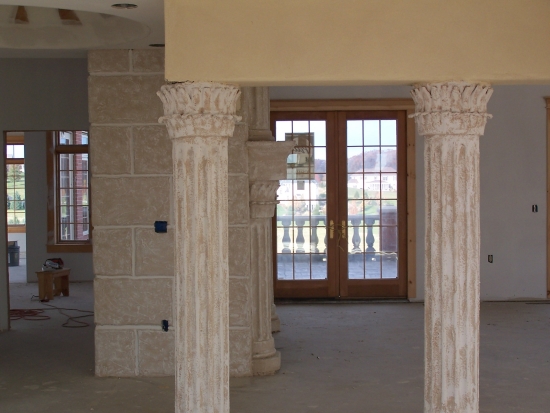